Twisto hire bikes in Caen, France. These where opposite the Caen town hall, a very grand building indeed. French equivalent of London’s Boris bikes I think or maybe where Mr. Johnson got the idea from in the first place!

Bartons Point Coastal Park, Isle of Sheppey, England on a cold Sunday morning. Wasn’t sure if these four were related until I spoke to the women after I took the shot, which it seems they were, waiting around while the men raced their model yachts.
Made for a great street photography shot or should that be ‘Lake Photography’? 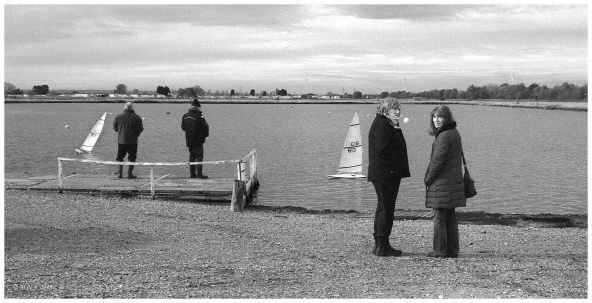 Taken in 2017 while out on one of our many dog walks we came across this couple using the public gym machines along Minster Leas Seafront, England. Both husband and wife are in their 80’s and fitter than me! 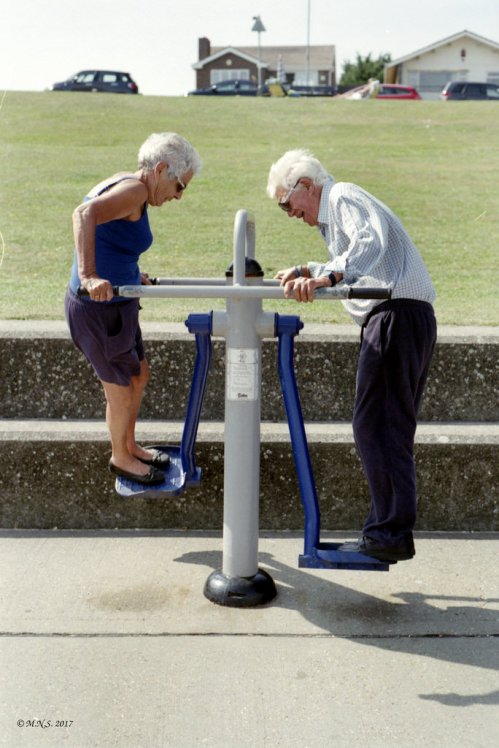 Rusting mooring post on the old Neptune jetty in Sheerness, England. I deliberately over exposed this picture in the bright sunlight with a shallow depth of field, which also give the image an old look about it.

A bit of a mundane shot I know but there is a reason, so hear me out!

The idiot behind the camera managed to shoot this roll of Fomapan 400 film at 100 ASA using the sunny 16 rule. So having realised my mistake, no problem I thought, I researched on the Internet of what development time I should consider using but to no avail. Nothing listed for this film at all, plenty of people asking the question but no definitive answers could I find. In the end I used information for other black and white 400 rated films pulled two stops and chanced I’d got it right, luckily it worked.

I have been experimenting with the Leica using slow shutter speeds on this film, so this shot was taken early morning with a shutter speed of 30th of a second at f/2, hence the very shallow depth of field.

Shot at Sheerness Beach, England along the seawall. I was interested in the structure of the bench and it’s shadow in the morning sunlight but then also noticed the snail trails on the wall glistening in the light.