St Mary’s Church, Reculver, England. Also known as the Reculver towers, is the all that remains of St. Mary’s which was demolished with gunpowder in 1809 after year of disuse. Described on Wikipedia as described as “an act of vandalism for which there can be few parallels even in the blackest records of the nineteenth century”
This location has been photographed so many times, I think it would be impossible to count the images taken. On the day I was there, I observed three other people where taking pictures of the church. 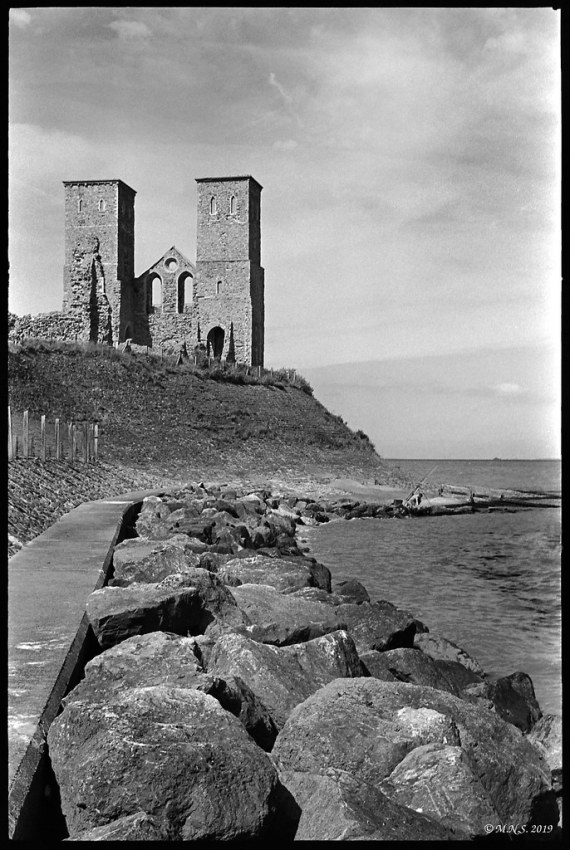